I was requested again this year to write a romantic short story and read it as part of the program for my church's annual tea for ladies. Some of the women who missed the tea want to read the story, so I've copied it here:


Dave scanned the message that appeared on his cell phone.
Hi, I’m Julia Barnett, a friend of Megan’s, and she asked me to invite you to a party in her honor. It will be at my home this Friday, 7 p.m. No gifts. Can you come? The Fort Worth address followed.
Puzzled, he clicked the sound off to avoid interrupting his business conference again. He’d answer it later. Funny. He thought his sister and brother-in-law had already left on their anniversary cruise in Europe.
After the construction contract had been agreed upon and hands shaken, both parties went to an exceptionally fine restaurant to celebrate. It wasn’t until later, in his hotel room, that he read the message again.
Absolutely sure Megan’s cell phone would be turned off as an economy measure, he called her anyway and got a taped answer. Well, maybe the party was after she and Sam returned, but he thought that was next week.
When this business trip came up, Dave had tried to make plans to see them, but it wouldn’t work out. He didn’t come back to Fort Worth often, though it still felt like home. Maybe with this new business plaza contract, he’d be here enough to make contact with his old high school buddies.
With that warm, fuzzy thought he zapped back a quick text:  Thanks for the invitation. See you Friday. Then he tossed his cell on the tapestry bedspread and headed for a steaming shower. 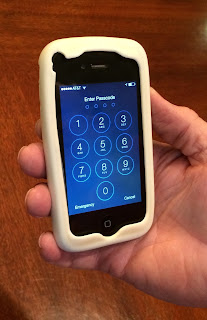 Trisha again relived the night her father sent Dave away, shouting that he was never to call or see her again. His father was a drunkard who didn’t provide well for his wife and children. Rumors of violence traveled through school, too. Dad said everyone knew drinking problems passed through the genes or rearing or something. He didn’t want her stuck with a loser.
Since Dave declined the fine wine at the dinner, she did, too. Was he an alcoholic on the wagon? How could she ask without sounding like it was the most important question of the century, which it was to her?
Eventually the caterer’s waiter came around with the wines again, and showed off the label to Dave.
“No, thank you. But I’ll have some more water when it’s convenient,” he said.
She took the chance and asked. “You’re not accepting the wine?”
“Never touch the stuff. I saw what it did to my father and the effect on the family. I never had any interest in trying alcohol. But please go ahead and enjoy it. Don’t refrain on my behalf.”
“It isn’t important. Never has been to me. I’m okay with the Diet Coke.”
Inwardly, she sighed her relief. She’d never known him to lie about anything, ever. She could hardly believe her good fortune in finding Dave again. She watched his interaction with the others and admired his well-developed social graces. The lean, gangly teenager had become a man. A gentleman. And an architect with a master’s degree. Would he find her interesting after so many years and total separation? She hadn’t exactly been “rode hard and put up wet.” The extra time put on her hair and the slimming royal blue dress she wore tonight gave her confidence.
“So you work for this company, and this is a retirement celebration?” Dave interrupted her musings. “What do you do?”
“Human resources, with a specialty in data management. But I do a lot of person-to-person consulting as well. Megan has been my boss as long as I’ve been with the company. We all regret losing her, but she deserves a good retirement.”
They swapped a few facts, like how he had remained in the Methodist church and reared his sons under that umbrella. She was still in the same one where they’d attended youth group together.
Rather than become grounded and calmed as light conversation continued, she developed an inner quiver. The boy of her girlish dreams had become a handsome, polished professional. Parts of her she’d thought died with her husband stirred and stretched as if from a long sleep.
After the dinner of cordon bleu came a rich chocolate confection. Then coffee and liqueurs were served in the living room. Dave and Trisha sat together on the sofa. Soon the guests began to thank Julia, cover Megan with good wishes, and slip into the night. Trisha didn’t want the party to end.
You can’t let him go. He can’t just leave again. Please, God, make him ask for my number, my e-mail, anything.
Only Megan and her husband, Julia and Doug Barnett, Trisha and Dave remained in the living room. “I should go.” She tried not to look and sound as reluctant as she felt.
“Oh, but first I have to explain.” Julia came to where they were sitting, bringing her cell phone and a list of names and scribbled notes. “Here’s the message I sent from my phone, the invitation I sent you, Dave. I made a mistake in one number when I intended to send it to Alice. You didn’t meet her. She’s recovering from surgery and couldn’t come. But you see the number on my list?” She held it out for him to inspect. “There’s only one number different. You still have the 817 area code?”
“I got this phone in Fort Worth, and have kept the same number ever since. I never had a reason to change. Since you mentioned Megan in the message, I assumed the party was for my sister and her husband’s anniversary. I should have checked.”
Trisha looked up, noting that he hadn’t lost the dimple she loved so much. “I’m glad you didn’t. We wouldn’t have met if it hadn’t been for this marvelous mistake.”
“I don’t know, Trisha.” His eyes connected with hers for a long moment. “I have a feeling God would have worked it out somehow.”

Warmest greetings to friends, accidental guests, and all fellow writers.

You all know the phrase "truth in lending," right? Allow me to bend and adapt that phrase to reflect my belief that fiction should be true-to-life, believeable. No plots with holes in them wide enough to swallow a blimp. The net beneath the plot doesn't collapse so that, right in the middle of the book you think, But that would never happen. "Willful suspension of disbelief" only goes so far.

I enjoy writing inspirational fiction, intended to uplift the reader and glorify God. My plots have resolution and satisfaction by the last page.

So long as we live in the real world, we will have problems. But we also have the option of wise choices and faith in an all-powerful God who wishes for us only good. Walk with the characters through their challenges, knowing that they are designed to be like real people waging life, growing spiritually. That's what I mean by "Truth in Fiction". 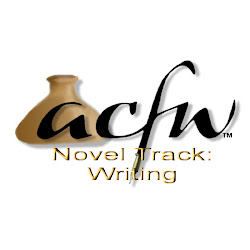 Lee Carver
Lee Carver has retired from her globe-trotting life. She and her husband served as volunteer missionaries for six years, while he was a pilot in the Brazilian Amazon. Lee ran their home as a free missionary guesthouse. Lee lived in six foreign countries and studied nine languages. She has taught biology and chemistry, served as volunteer church musician, and currently participates in her church choir, Stephen Ministry, and Prayer Shawl Ministry. The Carvers, married forty-eight years, have two adult children and five grandchildren.